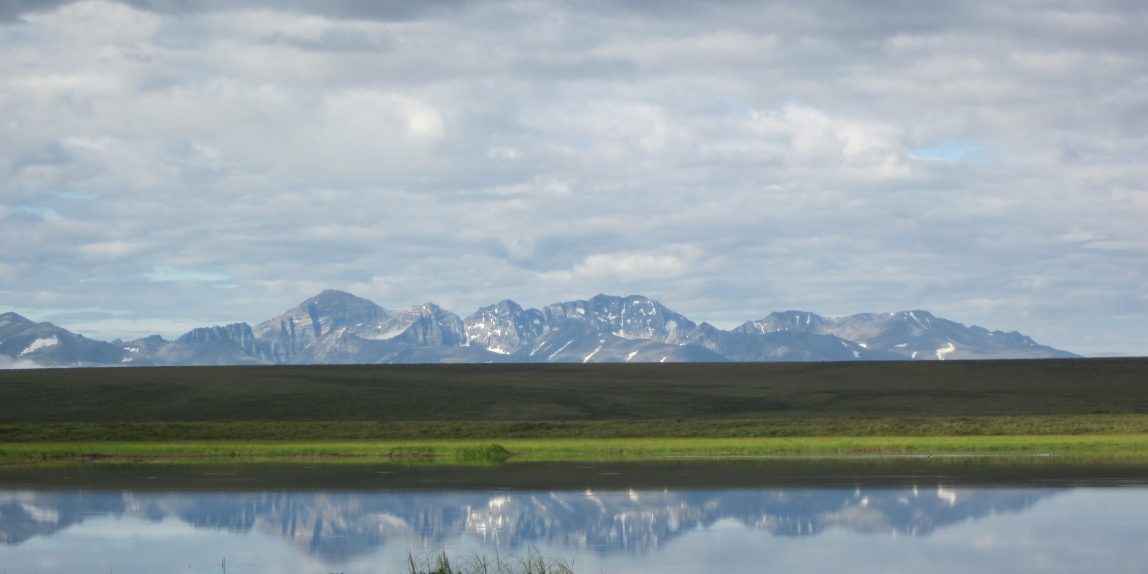 Deconstructing the effects of climate warming and catchment processes on nutrient conditions and biology of shallow subarctic lakes is necessary to anticipate their future evolution. While changes in catchment supply of nutrients on aquatic production are considered important, few studies have examined high-resolution biotic responses to changes in catchment processes. Here, we use a multi-proxy paleolimnological approach to identify the effects of catchment-specific changes on lake nutrient conditions and biotic assemblages from two subarctic lakes near the tundra-taiga boundary on the Seward Peninsula (Alaska, USA). We contrast changes associated with flooding and expansion of a thermokarst lake basin, presumably due to road construction in the late 1950s, to a lake with recent increased shrub growth in its catchment. Isolating the response of aquatic biota to changes in the supply of nutrients to subarctic and Arctic lakes is difficult because this frequently coincides with an increase in temperature, but the high resolution responses observed in both lakes show that biotic assemblages can respond strongly to inputs of terrestrial sources of nutrients. The increased supply of dissolved inorganic carbon and nitrogen following catchment disruption was the primary driver of increased productivity and a compositional shift in biotic assemblages of the thermokarst system. In contrast, shifts in the biotic assemblages of the shrub-affected lake were found to correspond to changes in habitat and lakelevel drawdown following decreased precipitation. Notably, declines in cold-water biotic indicators typical of warming lakes in Arctic regions occurred several decades after changes to the nutrient supply in both systems. Our findings indicate that initial lake catchment condition may mediate lake-specific changes in nutrient cycling and aquatic productivity within regions undergoing warming. Future changes to lake catchments are expected to significantly alter lake trophic dynamics under continued warming.